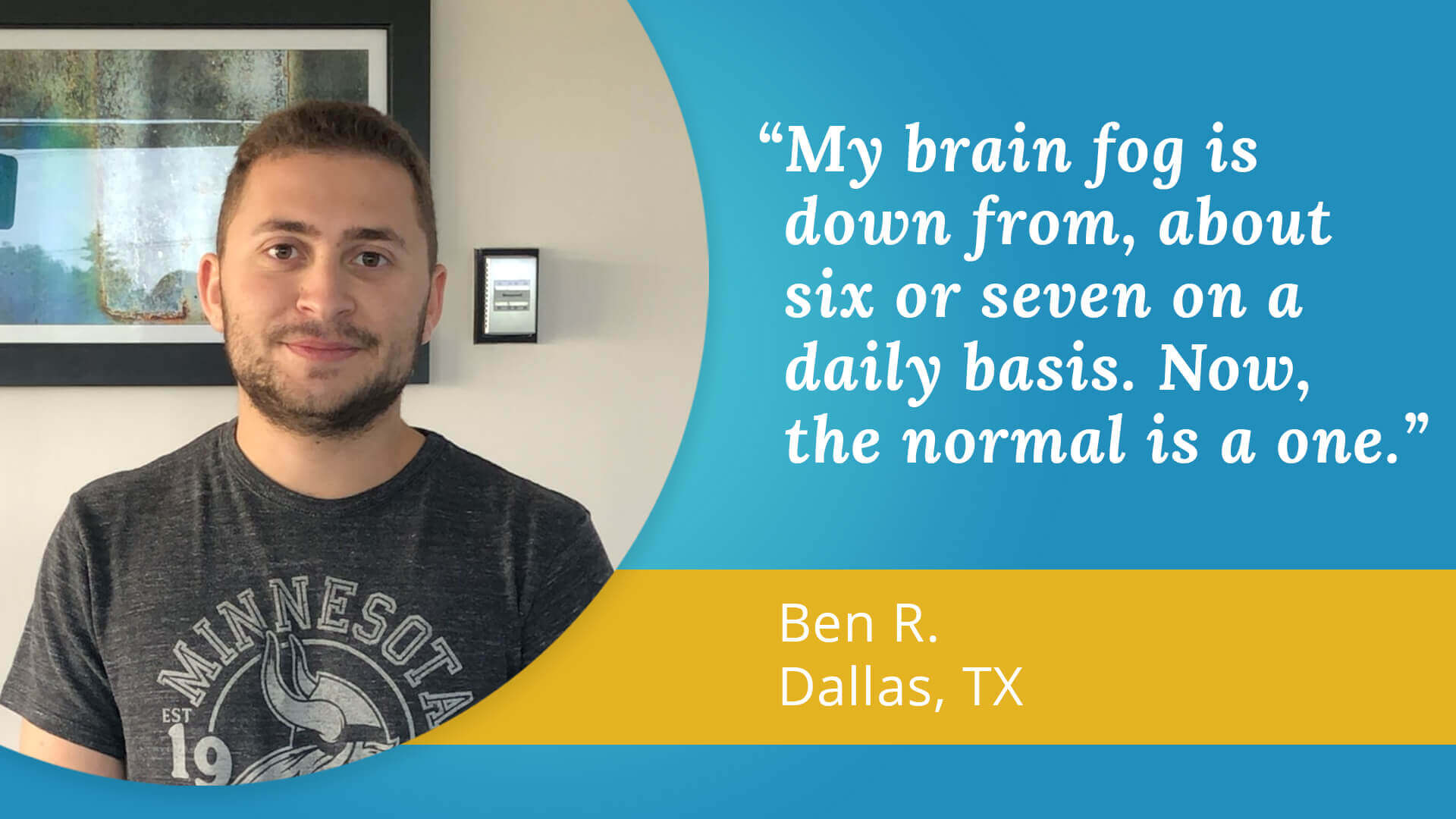 [Lori] And what brought you to TFNC?

I was dealing with some brain fog, along with imbalances, dizziness. It started about a year and a half ago, yeah, about a year ago. But I went to a number of doctors and they basically referred me to multiple other doctors and nobody knew what it was exactly. I was put on some medicine and that didn’t work, and I was referred here by my athletic trainer who works with somebody who knows Dr. Schmoe, so that’s how I heard about this clinic.

[Lori] And what changes have you noticed since being here at tFNC?

My brain fog is down from, on my scale, it was usually about six or seven on a daily basis. Now, the normal is a one, and that’s only been in five days. I’m hoping to, obviously it’s not a matter of if but rather, when, Dr. Brian said, so I’m really excited to finally kinda feel normal again. I have no more imbalance, and I noticed I had no imbalance or dizziness in the first three days I was here, so within in the short five days, my symptoms gone down pretty significantly.

[Lori] Wonderful. Thank you for sharing your story.