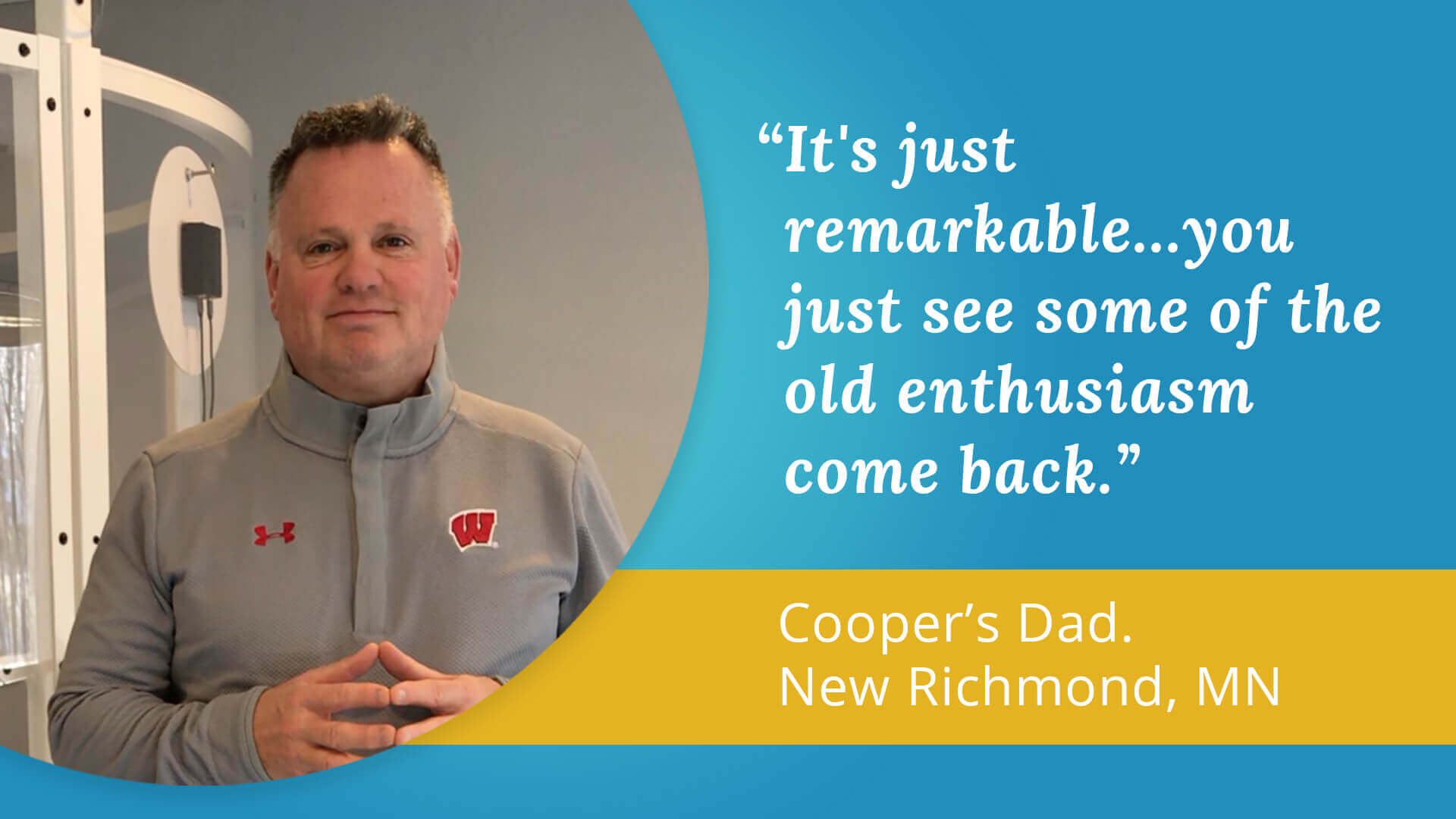 I’m Casey Eckhard, I’m Cooper Eckhard’s dad and he’s been having concussion issues since September of 2015 and we’ve been seeing Dr. Schmoe for about a year and a half. This is the most intensive therapy that we’ve done with him over the last four days.

[Lori] What kind of improvements have you seen while you’ve been here?

It’s just remarkable. You talk to him about how he feels, certainly what we’ve seen as far as the visual stability and the quickness of reaction time. I think one of the biggest things is he’s always been a pretty happy, positive, old soul kind of kid, but just in the last few days, you just see some of the old enthusiasm come back, the energy come back, things that were not as common over the last couple years.

[Lori] Thank you. If another parent were asking if they should come in, what would you say as a dad?

100%, we went through a lot of different types of therapies with this over the last couple years and this has just really put him over the top as far as healing.

[Lori] All right, thanks for all your support and driving him in, it’s been great having you guys in.

Thank you very much.