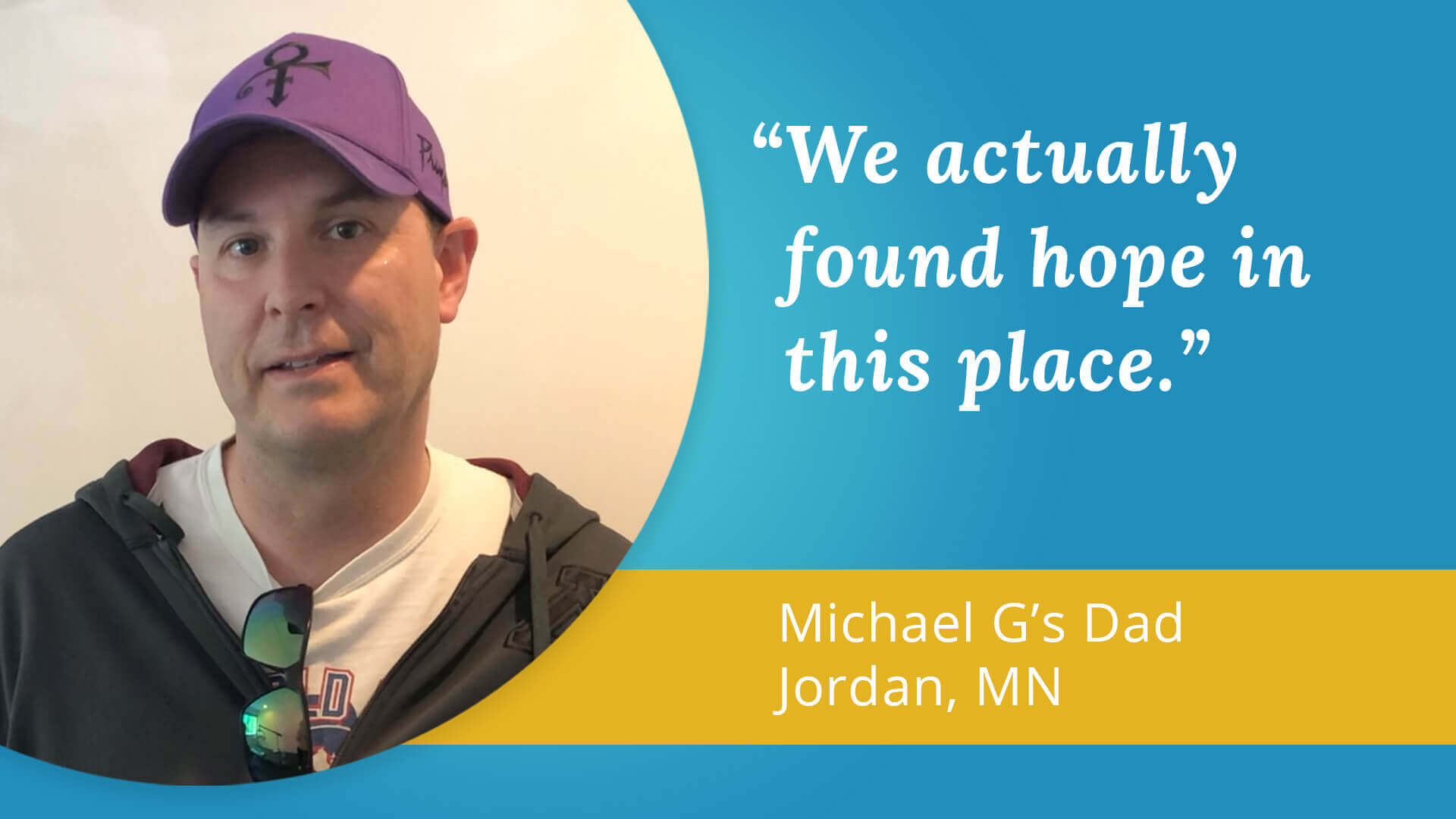 A frustrated parent, having been told his son had ‘recovered’ from his concussion knew better. Now he’s grateful for the world-class care and treatment that helped his son, Michael, finally recover from Post-Concussion Syndrome after a car accident.

— – `Hi, my name’s Scott Gregoria, and my son, Michael, was rear-ended in an auto accident, almost two years ago, and he had concussion-like symptoms, and whiplash. He’s been dealing with a headache for about a year and a half, and blurred vision, and nausea, just all kinds of symptoms, and we were going to the regular medical practices, and stuff, and different doctors, and at one point, it’s like, nope, he really doesn’t have any concussion symptoms any more, ’cause when they checked his eyes, they’d mostly be fine, and they’d check this, it’s okay. But we knew something was still wrong, and my wife luckily found the functional neurology center, it’s this world-class place, their theme is there is hope, and we actually found hope in this place, because they give you real, personal experience, even when I was talking with Laurie and Ashley, just talking about his symptoms, what he was going through, they were so personal, and told us that we should come in for this week of intensive week, where the doctors do one-on-one, personal experience to figure out what’s going on with them. And they found all these different symptoms, and they’ve been able to figure it out, and we have all these exercises, as he’s been getting progressively much better.

So thanks to Dr. Kassie, and Dr. Schmoe, I would highly recommend anyone that has a concussion, or has had a concussion for a long time, and can’t figure out what’s going on, that you contact The Functional Neurology Center. Thanks.