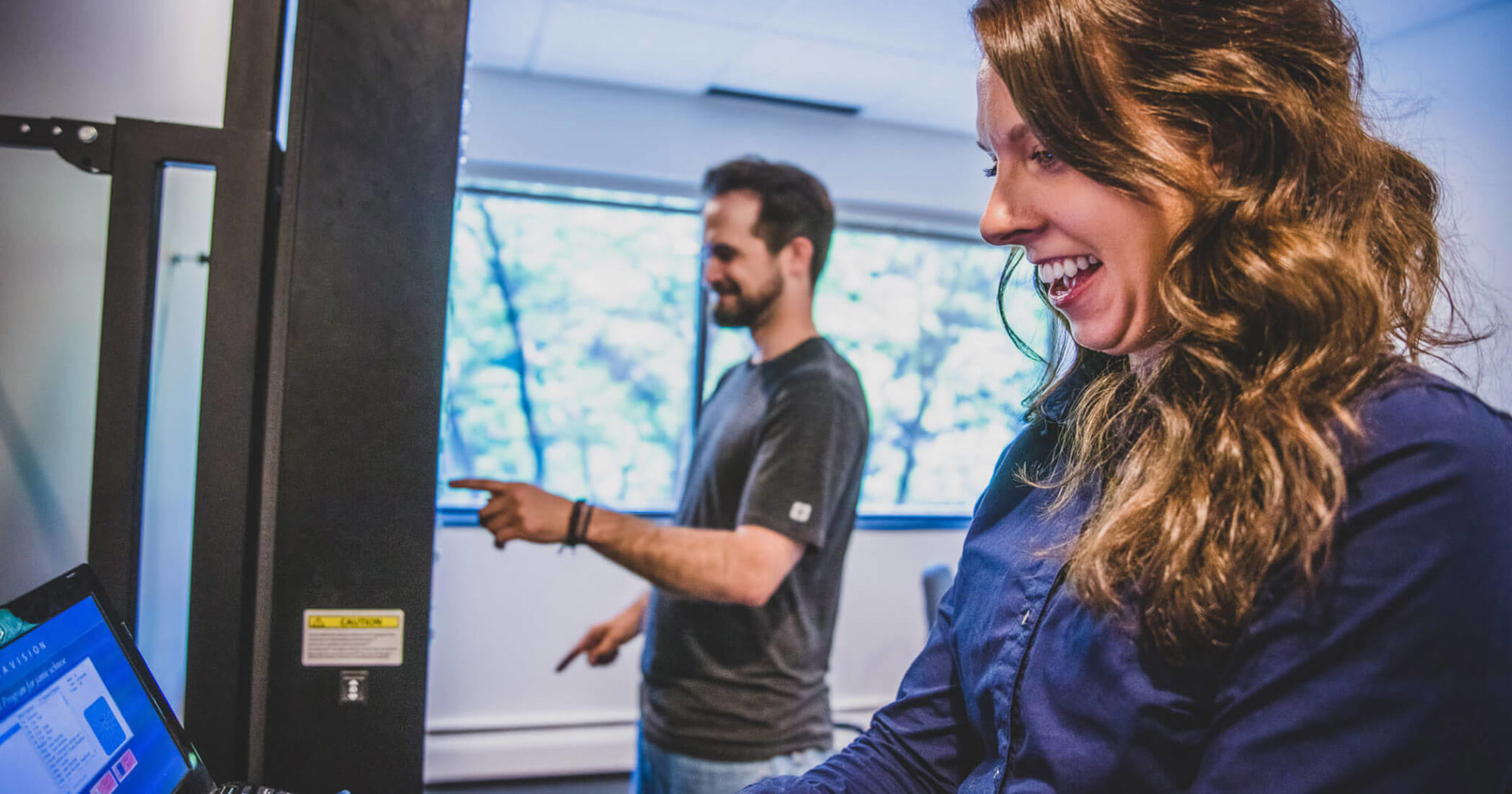 When I slipped on the ice in February of 2014, I truly had no idea the journey I was beginning— and how long it would take me to find a doctor who could help me with my 24/7 symptoms from a traumatic brain injury.

I would eventually spend two and a half years making doctor appointments my full-time job, without getting answers or receiving the proper help that I needed.

I began my journey by seeing a local Chiropractor. Having been married to a Chiro for almost ten years, and understanding their very extensive education and skill level, I was much more comfortable seeing a Chiro than a mainstream medical doctor.

Unfortunately, this chiropractor was only treating my physical symptoms (I had a slew of physical injuries on top of the brain injury). I would constantly tell him I was dizzy and having trouble with my words, and that my left eye seemed “off.”

He would eventually send me to a Neurologist, and this is where my frustration with the mainstream medical field would begin.

To start off on the wrong note, the Neurologist was running 90 minutes late for my appointment — NINETY MINUTES!! I’m not even entirely sure how it’s possible to run that far behind, but it left me with approximately 15 minutes of her time, at the end of which she would tell me we just need to give my brain injury “a little more time.” If I wasn’t feeling better in six month, I was to return for a re-assessment.

In six months I did return to the Neurologist, still complaining of my short-term memory problems, dizzy and balance issues, the deep fogginess inside my head that I hadn’t been able to shake, and the fact that my left eye still isn’t feeling right. Once again, she didn’t seem very concerned about my brain injury and told me to return in another six months — which now put me at fifteen months out from my injury. At this final appointment with her, she actually said, “Well, since it’s a year out, this may be the best you’re going to get.”

I cried. I begged for cognitive or occupational therapy — anything that could potentially improve my symptoms. It was NOT acceptable that this was the best I would be (and by this point I already knew about neuro-plasticity and the ability for the brain to recover). She eventually agreed to send me to Cranial Sacral Therapy (CST) and scheduled me for a neuropsychological exam to determine where my deficits were.

Long story short — the CST worked wonders to receive the pressure in my head (why hadn’t she sent me to this sooner??!), but the neuropsych testing was a nightmare. The neuropsychologist basically told me I didn’t try hard enough because I scored worse than a dementia patient in short-term memory (yet that was my biggest complaint?!). She suggested that I be started on anti-depressants, Ritalin, and sleeping pills — all of which I politely refused, knowing they would only be a band-aid, and not actually help any of my symptoms.

Feeling isolated, alone, and that doctors didn’t believe me, I began to accept that the way things were, was going to be my new normal at 18 months after my accident. For next year I moved through life feeling like I was constantly swaying on a boat, I would regularly bump into door jams, I couldn’t read more than a few pages of a book at a time (when I used to be an avid reader), and my short-term memory was pretty much non existent (making running my own business quite a challenge).

At the two and a half year mark, I received a message from Dr. Schmoe at the Functional Neurology Center. He had read one of my Huffington Post pieces — and told me he could help me. By this point I had already given up on doctors, and wasn’t interested in yet another doctor who soon tells me he can’t help me.

I finally relented and told myself “what could it possibly hurt?”

I am so glad I decided to go in for a consultation.

Dr. Schmoe spent two hours with me in his initial consult, testing my eyes, balance, cognitive abilities, and so much more. He confirmed that my eyes indeed weren’t tracking together properly, which is why my left eye had felt off. It was also why I was experiencing constant dizzy and balance problems. He worked with me over the course of two weeks, with 90-minute therapy appointments focusing on eye and head movements, incorporated with both full-body movements and hand-eye coordination exercises.

I noticed almost immediate relief. My dizzy and balance issues were nearly 100% gone. My mental clarity felt clearer, and I was finally able to improve my short-term memory. Gradually over the next few months I would feel that other symptoms, such as over-stimulation and extreme fatigue, were slowly slipping away.

Now, don’t get me wrong. My symptoms aren’t 100% gone. I still have flare ups, and if I overdo things, I will set myself back. But I went from feeling only 50% myself to 90% myself. I now know how to do the exercise wherever I am to calm the symptoms back down if I have a flare up.

I have actually received attacks and hate mail for my loud-and-proud stance on Functional Neurology. I have been accused of receiving kickbacks (payment for patient referrals) — which is a bold accusation since it is completely illegal across all healthcare professions. I have been yelled at because many don’t accept insurance. I have been lectured on how a Chiropractor or Functional Neurologist shouldn’t be allowed to touch anyone with a brain injury. I have been belittled and told that Functional Neurology is a sleazy, snake-oil scam — and everyone should be made aware of their gimmicks.

Here’s the thing. Every single medical profession has its fair share of bad apples. As you’ve gathered from this article, I was less than thrilled with my Neurologist (whom I am convinced received her diploma from a Cracker Jack box) and the Neuropsycholgosit should have her credentials taken away for the way she treated me. I have been to Chiropractors and MDs who amaze me that they managed to receive their degree.

My point is: if you don’t like a particular doctor — that’s fine. If you’ve had a bad experience … it’s ok to talk about. It’s always ok to “fire” your doctor if they aren’t listening to you. But it is NOT fair to bash an entire healthcare profession because of “something you read on the internet” or because of something that someone you know only through Facebook told you.

I remember how much it hurt when people would say to me about my Chiropractor husband, “OH, so he’s not a real doctor.”

Functional Neurology helped me when all other doctors and professionals had let me down. I had given up on my recovery, which is a very scary place to be. I will never stop talking about Functional Neurology because it’s not fair to the other millions of TBI survivors who are still struggling and have never heard of it.

With that said, not all Functional Neurologists specialize in brain injury and concussion, therefore, you do need to do your research. If you’re not sure where to start, give The Functional Neurology Center a call and they will gladly help you find someone near you.

Functional Neurology uses specifically designed therapies to enhance the performance of your brain and nervous system. This unique approach offers new hope for people suffering from a wide variety of conditions. Most Functional Neurologists have 1500+ hours of education beyond Chiropractic school specifically on the nervous system, and will spend hours instead of minutes with you at each appointment. They take a functional approach to each individual patient and create a very specific treatment plan unique to the patient’s symptoms.

Functional Neurology gave me back a quality of life I thought I was never going to find again, and for that I am forever grateful.

Full disclosure: The Functional Neurology Center DC is a sponsor my podcast series and my Brain Health Academy – along with South Florida Integrative Health. All views and opinions are expressly my own.

Amy Zellmer is an award-winning author, speaker, and advocate of traumatic brain injury (TBI). She is a frequent contributor to the Huffington Post, and has created a privateFacebook group for survivors and also produces a  podcast series. She sits on the Brain Injury Advisory Council (BIAC) through the Brain Injury Association of America’s and is involved with the Minnesota Brain Injury Alliance. She travels the country with her Yorkie, Pixxie, to help raise awareness about this silent and invisible injury that affects over 2.5 million Americans each year.

In November, 2015 she released her first book, “Life With a Traumatic Brain Injury: Finding the Road Back to Normal” which received a silver award at the Midwest Book Awards in May, 2016. Her second book, “Surviving Brain Injury: Stories of Strength and Inspiration”is a collection of stories written by brain injury survivors and caregivers and was released November 2016. for more information: www.facesoftbi.com