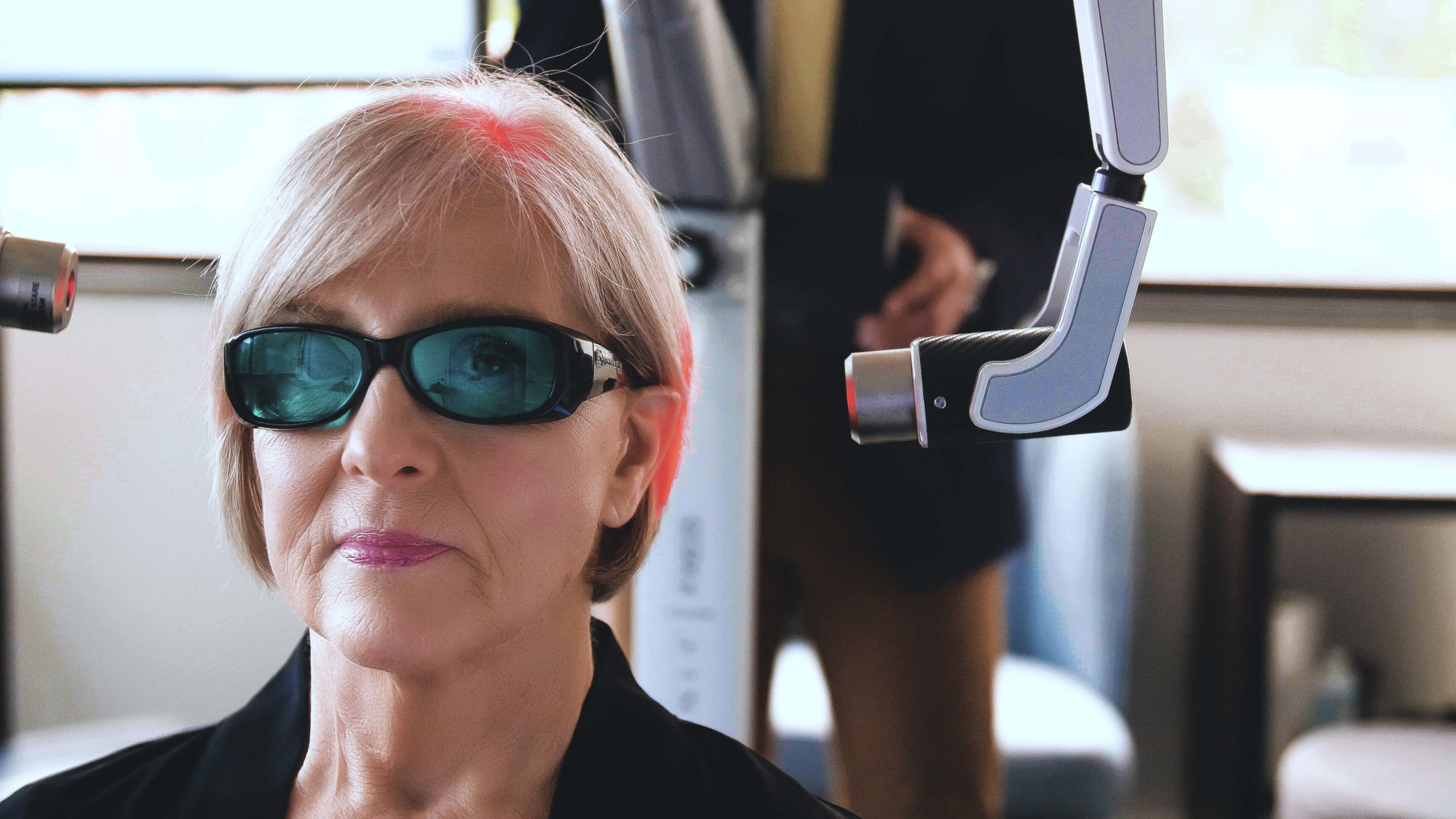 Solving the Mystery and Steps Toward Recovery after my Severe Concussion

After suffering a traumatic brain injury, this patient found that functional neurology helped her quality of life return.

This article original appeared in the Good man project.

As we begin the new year, I am reflecting upon all that I have to be grateful for. Towards the top of that list is finding Dr. Jeremy Schmoe, a functional neurologist who has been instrumental in helping me rehab my brain injury.

I started this journey in February of 2014, after slipping on a patch of ice. I can still hear the sound of my skull making an impact with the frozen concrete.

I immediately found a Chiropractic Neurologist who helped me with my whiplash, torn muscles, and dislocated sternum. He diagnosed me as having a severe concussion and told me I should start feeling better in about 4-6 weeks.

I kept complaining that I felt my eyes weren’t quite right and that I was experiencing a lot of short term memory problems, aphasia, as well as major dizzy and balance issues. He eventually sent me to a neurologist, who didn’t seem to believe my issues were a problem(even though I couldn’t touch my nose with my pointer finger). When I later read her reports I had to laugh when she stated that I was dressed nicely and was well-groomed: I hadn’t had a shower in days and was wearing the same sweatpants and sweatshirt I had been wearing for about 3 days!!

She eventually sent me for a neuropsychological exam to measure my deficits. After a grueling four-hour test designed to make you face your weaknesses, I scheduled a meeting with the neuropsychologist the following week. She very kindly explained to me the nature of the test, how it measures deficits, and how it is essentially “fake proof”. She then implied that I must have been faking because I scored too poorly in memory, that my scores were lower than a patient with dementia. After only spending 70 minutes with me, she assessed that I should be put on Ritalin, anti-depressants, and sleep medication. I refused all three … as I knew they wouldn’t actually “heal” me they would only be a temporary crutch.

I had been begging every neuro doctor I saw for help. I didn’t know what type of therapy I needed, but I knew I needed something. Cognitive, occupational, vision, anything that would help me get back to the person I used to be. The dizziness was sucking all the life out of me, and the short-term memory problems were causing it to be quite a challenge to function in everyday settings.

I was incredibly frustrated as I went back to my neurologist about a year later. She did a brief assessment and then told me since it was over a year since my injury that none of the therapies would likely help me. WHAT?? Then why on earth didn’t she send me earlier?! I was confused, frustrated, and feeling hopeless.

As a last resort, she did eventually send me to a cranial sacral therapist who was the first person to help me find any sort of relief. His gentle practice helped realign the skull plates that had been causing pressure inside my head. After several treatments, I felt a lot of relief from the “fog” that had been a 24/7 nuisance.

After two-and-a-half years of struggling through life with a brain injury, Dr. Jeremy Schmoe reached out to me. He had read several of my Huffington Post articles and noticed that I was local. He sent me a message that he knew he could help me and wanted me to come in for an exam.

To be honest, I brushed him off for awhile. I had been discouraged by every doctor I had seen at this point, and my neurologist told me there was basically no hope for further recovery (even though I had learned that recovery can happen at ANY point after your injury).

To his credit, he was persistent and I eventually agreed to come in for a consultation.

My initial exam took almost two hours and consisted of checking my:

My testing showed the following results:

Dr. Schmoe validated every single thing that I had been feeling. He stated that we needed to work on all of the systems together and get them working properly again. That the majority of my issues were coming from my eyes, and that we needed to retrain my eyes how to work properly. it was such a comforting moment to know that I wasn’t crazy at all — it was just that all of my other doctors had been ignoring all of my issues because they weren’t trained in what to look for and how the neurological system works.

Functional neurology is a way of thinking and assessing the nervous system by looking at what’s working well, what isn’t working, and what might be working too much. It’s about developing strategies to build better plasticity in how your nervous system is working. Dr. Schmoe believes that functional neurology should be a basic requirement in all medical and healthcare fields, but unfortunately, it is not.

Schmoe gained his knowledge by attending the Carrick Institute, which is for those who have already graduated from a chiropractic program at n accredited college. It is designed to give a deeper education and understanding of how the nervous system works and how to treat problems that arise as the result of a brain injury or disease.

I was given treatment plans for each of the systems that weren’t working for me. these included:

Within just two weeks of working on gaze stabilization and eye tracking exercises, I was no longer feeling dizzy and off-balance. Dealing with dizziness 24/7 was a major energy suck, and I was starting to notice I had more energy to get things done during the day than A had had since my accident.

With proper treatment, the central nervous system has an amazing way of re-wiring itself.

I was starting to gain back feeling in the left side of my body, and my startle response was settling down. As a result of all of this, my anxiety levels were diminishing. it’s amazing how your body responds when you are no longer constantly living in a high pain threshold. I was finally able to go several weeks without a headache (which I had been having headaches on an all too regular basis).

Now, this isn’t to say that I am “fixed;” I still have a long way to go. But I am finally feeling better than I have since February 2014. I wish Jeremy had found me a year earlier. Who knows where I would be in my recovery right now!

It astounds me how one doctor could improve so many of my symptoms with“simple” techniques, yet a plethora of trained neurological doctors didn’t do ANYTHING for me. This is why I am so passionate about the advocacy work that I do. There are millions of brain injury survivors out there who have not had proper treatment and were basically brushed under the rug by the medical community —written off by the psychologists as having “mental” issues rather than “physical”issues.

Some professionals have gone so far as to say that “everyone as a brain injury” now as a result of the media talking about concussions and sports. The reality is that we are just now beginning to understand the severity of concussions …. and people who were in accidents etc decades ago are just now beginning to understand why they’ve felt and acted the way they have for so many years …. as their brain injury went undiagnosed.

With proper treatment, the central nervous system has an amazing way of re-wiring itself. The key is early detection and diagnosis, in combination with a trained doctor who understand how to best treat … and NOT brush you off or disregard your concerns.

To find a functional neurologist near you, search for a chiropractor with the DACNB and/or FABBIR credentials after their name.