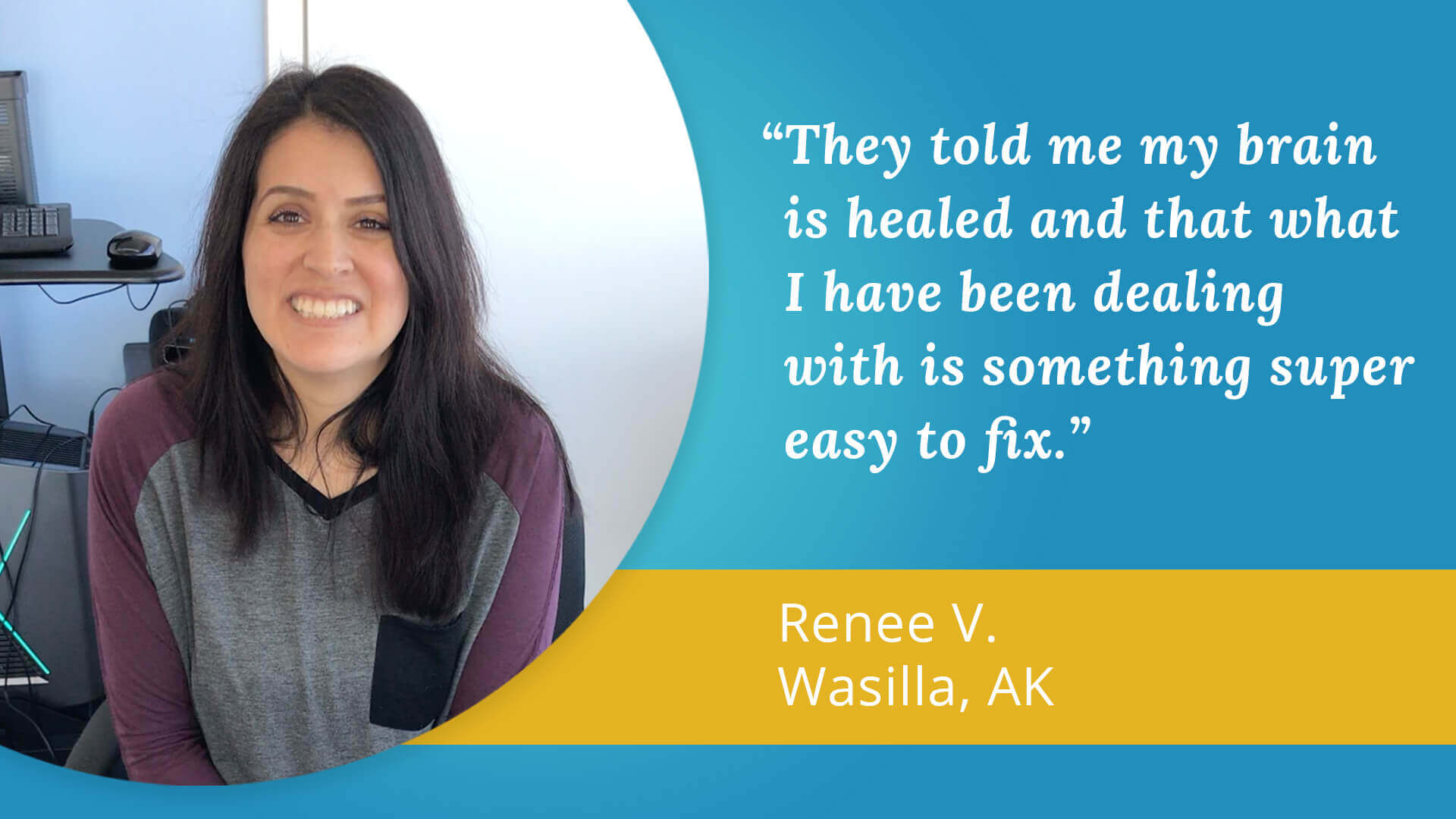 [Lori] Will you start by telling us your name and where you came from and why you came to TFNC?

My name is Renee and I am from Alaska and I came to get over post concussion syndrome.

[Lori] And what symptoms did you have before you arrived, that were your main concern?

[Lori] And then after your week here, for the intensive program, what have you noticed has changed?

That number is way down, even after the first day, I think I was probably down to like a two and by, from the second day on I was pretty much almost always at a one or a zero and I have never been at a zero. So, that is amazing.

[Lori] That is fantastic.

And the fact that they told me my brain is healed and that what I have been dealing with is something super easy to fix and I was like, wow, okay, so I’m super excited about that.

[Lori] Awesome, thank you for sharing.