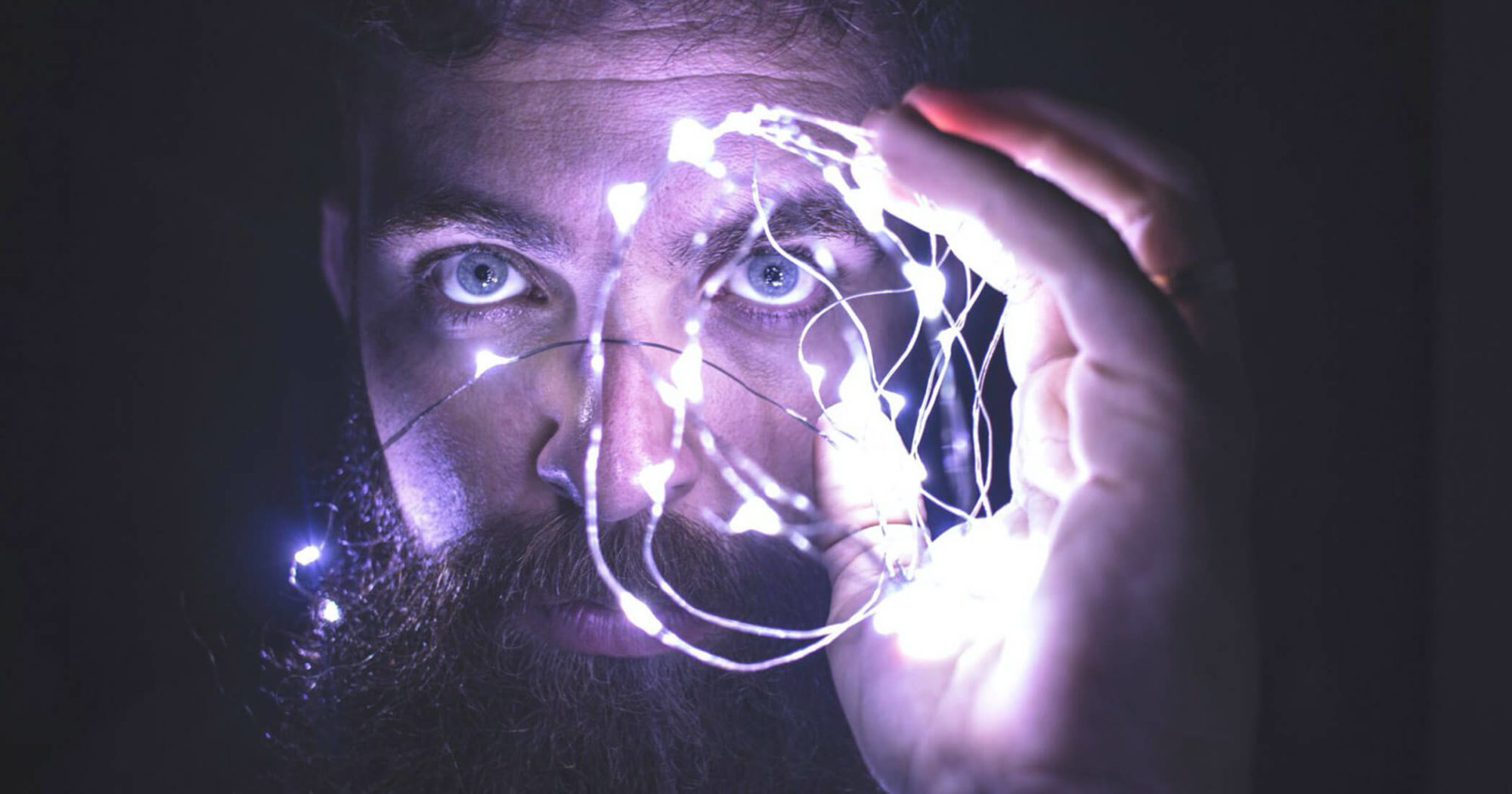 This article was first published in the Brain Health Magazine.

I’ll make this simple: when you injure your brain, you will affect the integration between your brain-gut and gut-brain axis. This can lead to gastrointestinal dysfunction, and it is very common to develop dysautonomia. This can lead to changes in regions of the brain that can cause anxiety for physiological reasons. Changes in autonomics, fuel delivery, blood brain barrier, GI barrier, nutrition and perfusion will lead to instability in regions of the brain, causing anxiety. Various regions of the brain can be injured, which can also lead to dysautonomia due to impaired neurological regulation. Many of the patients we see with dysautonomia have anxiety.

Yes, you read that correctly, there is a physiological reason for your anxious brain! There are changes that have occurred from the initial brain trauma which have most likely affected the frontal cortex, insular cortex, cingulate cortex, amygdala, cerebellum and other regions such as pituitary and hypothalamus that are centrally located in the brain. When injuries occur, instability in any of the above regions can lead to an overall change in function. The good news is that with a very in-depth history, neurological examination, diagnostics, specific therapies, lab testing and nutrition, the right provider can start to unravel the complex web of dysautonomia.

Not only are various regions of the brain affected, but also various cortical networks, hubs and cellular functions. This can lead to instability and impaired communication at the neuronal level. Neurons are firing at rates that they cannot handle, which leads to instability in communication, inflammatory biomarkers are elevated, and the entire metabolic stability of these systems are affected. I like to call this the chemical soup of brain injury. There is a chemical component as well as a neurological circuitry component—and these dysfunctions can lead to an anxious brain.

12 Key Players in the Anxious Brain

When you injure the frontal connections to the pontine regions of the brainstem, this can lead to an impaired modulation of the sympathetic nervous system—which can further lead to sensitization and chronic pain. This pain may not only be in your gut, but throughout the body, and can in turn cause more anxiety!

When you are in pain, this is going to sensitize various limbic regions in the brain, a.k.a., the emotional centers. The frontal lobe is involved in modulation of the limbic regions in the brain such as the cingulate and amygdala. These regions reflexively respond to sensory stimulation in the environment, and without the frontal lobe modulating these regions, sensory stimuli such as visual motion, sound and movements can lead to feelings of anxiety and emotionality.

These regions in the brain are already hyperactive, leading to an impaired modulation of pain. A feedback loop from the painful regions in the body will lead to more instability centrally, further leading to more anxiety. It is a viscous loop that is hard to get out of. Seeing a functional neurology provider trained in assessing all things neurological, metabolic and structural, as well as working with other techniques such as CBT, hypnosis and EMDR, have been very helpful for many of my patients.

The Insular cortex is a region very deep in the brain that is involved in the interoceptive processing of your inner and outer self, emotional regulation, body homeostasis and many other functions. There are connections between the parietal lobe, insula and vestibular system in the cortex called PIVC. Many patients that I have seen who have changes in central vestibular function also have anxiety, depersonalization and emotional instability. We have seen that by performing a variety of neuro-therapies we can improve anxiety in our patients. The normatec compression boots provide feedback from one’s vasculature in his or her lower extremities. Other therapies such as listening to one’s own heartbeat, specific breathing techniques, vestibular rehabilitation, Gyrostim and tilt-table therapy have shown clinical promise in improving autonomic function as well as emotional regulation.

Another key region involved clinically in many of our patients is the cerebellum. When the cerebellum is compromised, it can lead to poor balance, gait ataxia, midline instability, and trouble with coordination of movements. These include both eye movements and modulating vestibular function. Clinically we have seen that when the cerebellum has impaired gaiting, this can lead to overstimulation in regions of the brain. This can lead to anything ranging from anxiety, irritability, emotional reactivity, insomnia due to racing thoughts, blood pressure changes, and dysautonomia. By performing various movements with the body, eye exercises, vestibular rehabilitation, Gyrostim therapy, along with manual techniques, we can improve cerebellar function. By improving the cerebellum, you see changes in brainstem activation. The brainstem modulates autonomic function, which can improve anxiety.

The Visual and Vestibular System

Brain trauma can destabilize the visual world around us and affect our ability to know where we are in space in relation to objects around us. This system can affect our head and neck positioning, posture, and balance, as well as overall cognitive functioning. To make things simple—if the visual system is affected, there can be symptoms noted that seem to be non-related to vision. A large percentage of the visual pathways integrate into reflexive systems along with autonomic systems. They also have integration with the vestibular system, auditory system and even the proprioceptive system. Many patients we see who have dysfunction in these pathways develop dysautonomia from impaired sensory integration and mapping of where to push blood to in the body and brain through fuel delivery.

To have a stable, accurate visual world, it is also imperative that the integration between these systems is fine tuned and coherent, allowing for vision to be dynamic, flexible and adaptable with changes in sensory input that we have to deal with on a day-to-day basis. When these systems are not fine-tuned, this leads to a massive use of energy that takes away from higher-level cognitive processing.

If neuro-vision therapy with pursuit exercises is not fully integrating these movements back to recovery, then utilizing the proprioceptive system and combining a body-based movement with activation of the spinal musculature with a vestibular ocular exercises could be enough to drive plasticity in the brainstem. These therapies can help improve the gain of pursuits, decrease saccadic intrusions reducing retinal slip, and improve the pathology.

Having an in-depth understanding of the neuro-circuitry is what allows the functional neurology provider to make improvements in symptoms. The visual system is so complex with its integration with other sensory systems. This integration occurs to allow us to know where we are in space, which affects body positioning and motor output. This integration translates into maps of ourselves internally to allow us to shunt blood to regions that needs it.

The aspects of dysautonomia, if left unaddressed after injury, could be the missing piece to recovery.

The communication between higher cortical centers and lower brainstem can be affected by TBI. The vagus nerve helps to regulate your autonomics and has parasympathetic control over your GI system. The vagal regions of the brain are very important for overall wellbeing and balance in your autonomic nervous system. Various techniques are used by a functional neurology provider to stimulate the vagal nerve, which in turn helps to dampen inflammation in the body and modulate the brain’s immune system. It does this through switching off primed microglial cells that can be turned on after TBI. When there is an imbalance between the sympathetic and parasympathetic systems, dysautonomia can develop.

Default Mode Network is compromised from multiple regions of the brain and is the primary resting-state network in the brain. Research has shown hyper connectivity in this network of the brain. These regions are involved in memory, executive function and attention. The hyper-connectivity in this network could explain the inability to disengage the network and switch task demands, explaining the cognitive deficits seen in concussion.

This hyper-connectivity could also explain the inability to get into resting-state mode that could lead to anxiety, racing thoughts, and an inability to utilize higher cortical centers in the frontal lobe to modulate autonomics and limbic regions of the brain.

A large percentage of the brain is made up of immune cells called glial that outnumber the neurons 10 to 1. These glial cells are affected with TBI, and in healthy brains they help remove plaque and debris, and support healthy communication between neurons. When you injure your brain, this can lead to microglial cells being switched on and ramified, leading to excessive damage to neurons.

Neurological stimulation from specific exercises, brain-based nutrition, and modulating the immune and gut health, can be very important in addressing brain-based inflammation. Any of these could be leading to instability in various regions of the brainstem that have receptors for inflammatory cytokines. This instability can be a contributing factor in dysautonomia.

In addition to brain injuries, there may even be underlying co-morbid factors involved prior to the patient hitting his head. These may set the stage for brain inflammation, such as autoimmunity, infections, diabetes, food intolerances, excessive alcohol use, leaky gut, hormonal imbalances or pre-existing anxiety/depression.

Putting it all together

Seeing a functional neurology provider who has the ability to address structural, neurological and metabolic integrity can help many factors involved in the anxious dysautonomic-inflamed brain. This is because when you injure your brain, there will be changes in the functional ability to activate regions that stabilize the autonomic nervous system. Just a reminder that your autonomics are out of balance with anxiety and dysautonomia.

When the brain is injured, there can be a tipping into more of a sympathetic mode. This can lead to sensitization of pain structures, GI motility, leaky gut and or changes in peripheral and central inflammatory pathways. Any of these can prime regions of the brain that are involved in anxiety. Neurological networks such as default mode and hubs such as the cerebellum, brainstem, vestibular nuclei and regions of the brain involved with vision are affected, impairing the person’s ability to know where he is in space.

This can activate reflexive limbic and autonomic responses leading to anxiety. The brain’s ability to activate the brainstem’s vagal centers to modulate the sympathetic nervous system is affected, leading to dysautonomia.

Please remember many of the feelings you are experiencing are real—and that it’s just not all in your head.

From my experience, we are able to make improvements in anxiety and dysautonomia with functional neurology rehabilitation provided in an intensive neuro-recovery program.

Schedule a consultation to discuss how we can help with your Dysautonomia. 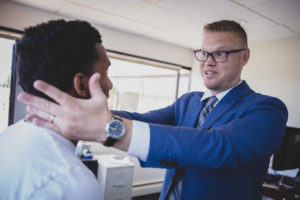