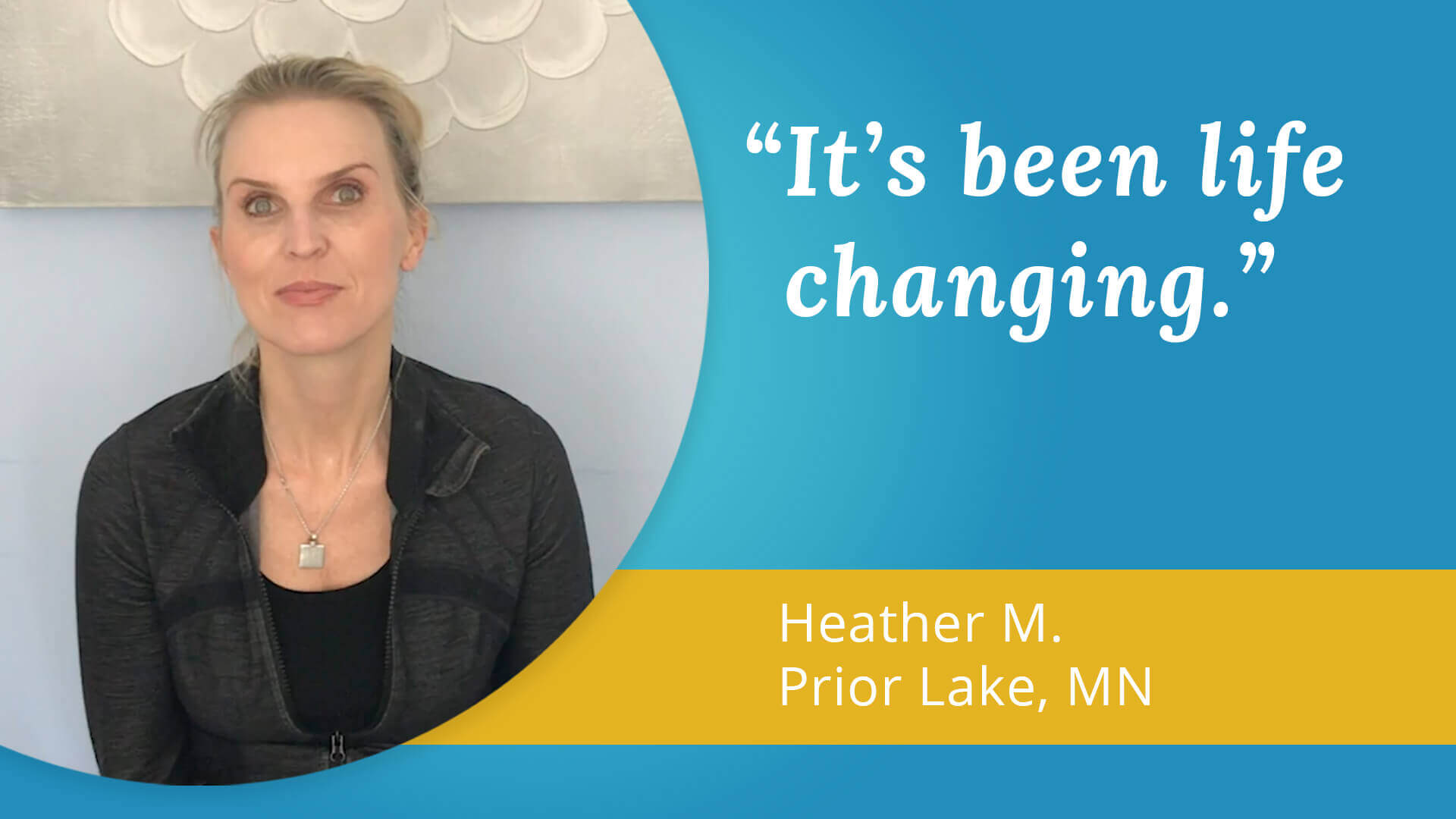 Heather suffered a Traumatic Brain Injury during a vacation volley ball game, only to be compounded years later by an auto accident. Now she’s able to move and talk like her old self again.

– [Lori] So, tell us your name and where your from and what brought you to The Functional Neurology Center?

– So, my name is Heather McGrath and I’m from Priar Lake, Minnesota and I got a traumatic brain injury back in March of 2016. I was playing sand volleyball and I got elbowed in the face and couldn’t drive a car for seven months. Did intensive rehab at HCMC TBI Clinic. I made a lot of progress but I was in a car accident last May and got another concussion and that just sent me back to square one. Went back to HCMC and did a lot of therapies again. Made improvements again, but have never gotten back to being me. I’ve just really struggled with a lot of symptoms still that really impacted every part of my life. And when I heard about this place, I just had hoped that it could help me and I’m so grateful that I came here because it’s been life changing. I can tell already.

– [Lori] What has been the biggest change that you’ve noticed?

– I can move my head quickly again. I mean, we’ve had a joke in my family that if you painted me silver I’d look like C-3PO because I move like a robot. I was constantly like this. I would move my whole body and not move my head. My eyes couldn’t move fast. My eyes wouldn’t keep up with what my head was doing. Brain fog, you know. Poor executive functions. Headache, I have ataxic dysarthria so my speech would get really bad. I had a brutal time trying to make the letter S sound and I would sound like I’m drunk and slurring and it’s awful. It’s just awful. And I can, if you listen to my speech right now it’s super clear this is not what I have sounded like. So, that’s been a huge improvement.

– [Lori] And what would you say to someone that’s considering coming in?

– Invest in yourself. Take a chance. You’re worth it and it’s worth it.

– [Lori] Well thank you for sharing your story.