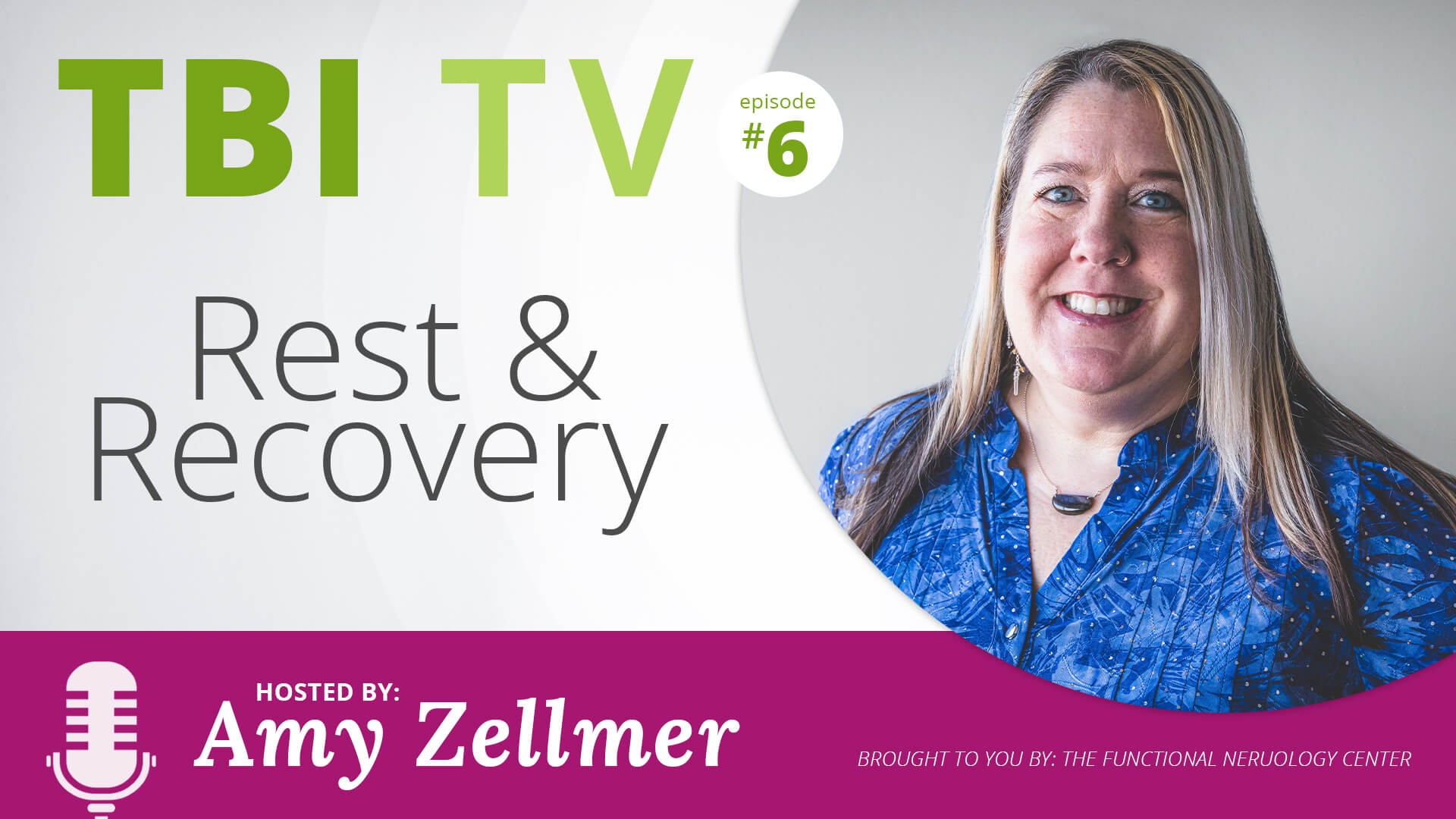 Hi everyone. Welcome to Traumatic Brain Injury (TBI) TB, brought to you by *Minnesota functional neurology (*MFNC is now The Functional Neurology Center.) I am Amy Zelmer and today I’m talking about rest and recovery. So two weeks ago, um, we had the Superbowl here in Minneapolis and the week leading up to Superbowl was full of events that were focused around brain health. Um, you know, trying to put a positive spin on Superbowl since we had the audience here and each day that week I attended at least one function and I am not normally that like go, go, go, go. And I had to be up at 6:00 AM two of the days and I was gone like all day. They were um, all day conferences that I was attending. And so for me to get up at six in the morning in itself is a big deal. And then to like go, go, go and I didn’t get a nap or anything. Um, those all those days that week and I totally like crashed hard and I was able to get through the week of events somehow.

Um, and then that following week and up until just today, today is the first day I have woken up feeling like refreshed and recharged so to speak. Um, but for a week and a half, every day I’d get up and I would just be so sluggish and I normally kind of naturally wake up around eight in the morning somewhere in that timeframe. Um, and the past week I’ve had to set alarms to get up by like nine or 10 for appointments that I had. And that’s not typical of me at, at this point in my recovery. Um, so I remember the one day I set my alarm for nine and I just kept hitting snooze, hitting snooze, hitting snooze. Finally at 10, I was like, Oh my God, I have to get out of bed cause I have somewhere to be. Um, and you know, it’s like you wake up and you’re just that little bit of pressure in your head, a little bit fuzzy and foggy and, and our weather, the barometer’s been up and down here as well.

So that’s been part of it. But I knew that I was still recovering from all those events, um, from two weeks ago. And so I just, you know, I want you all to understand that there’s like an and a flow to recovery. I’m, I just had my four year anniversary. Um, so I’m four years out and I still deal with this, you know, like this is my new reality that when I have something big going on, I know that I have to accommodate for that afterwards. That there’s going to be like a recovery period. And um, I’m getting ready to travel for three weeks. In the month of March, I’m going East, um, for brain injury awareness month. I’m, I’m keynoting at a couple places. I am going to Capitol Hill for brain injury awareness day. You know, like I have a lot of events packed into these three weeks, but I also kind of recovery days packed in or um, structured into those weeks as well.

Cause I know if I’m here for a couple of days, I need a day to just rest. And I did not get that two weeks ago during Superbowl week. You know, it was like go, go, go, go for six days in a row. And so now it’s really, it’s taken me, like I said, almost two weeks to catch back up from that. And it’s hard. It’s really hard when you know, you still have to try and function and do things. You know, like I’ve had to go to doctor’s appointments, I’ve had to go, um, uh, to conferences and meet and have meetings and, and, um, getting everything ready for the online summit. So like, I can’t just lay in bed all day like I’d like to do even though I don’t think that would help me catch up on my sleep. Cause that’s just not how it works when you have a brain injury.

So I just wanted to kinda share that with you guys. So you know, you’re not alone when you have those recovery periods. And, and you know, for me, I’ve learned how to manage them. Like I said, if I know I’m busy for a couple days, I take a day or two off to be able to just, you know, be able to sleep in as long as I need to. And, and, you know, the key is to remember to drink lots of water and I take a lot of really good supplements. Um, like I take tomorrow, um, vitamin B, I take a really good probiotics and really good antioxidants. I take NingXia red. Um, there’s just, there’s a lot of things I do to be proactive with my health. Um, and it’s harder to be reactive, which is what I had to do the past two weeks with trying to recover from my week of, um, intense stuff going on.

So I just wanted to share, you know, that that’s, that’s how, that’s how we are now. And like, I’m even four years out and I still have to deal with that rest and recovery area. Um, and it’s hard for friends and family to understand. They think we’re being lazy. They’re think we’re, you know, like, Oh my God, I went to, I’m not that tired. Well, you don’t have a brain injury. Um, you know, so it just have some compassion with yourself. Give yourself a little bit of grace and just understand that recovery sometimes takes extra time. And I was surprised it took me a week and a half to recover from it. Normally, you know, like I said, if I’ve got a couple of things going on, I normally have a day in between where I can rest and I didn’t have that with this particular event. So I just wanted to hop on and share that with you guys and I hope that that helps you with some of your recovery and your strategy, um, for recovery. So can please continue sharing these videos, like, and comment on them. Um, that helps us get engagement to keep these videos flying around on social media. So thanks for watching everyone. I’ll see you in the next episode.